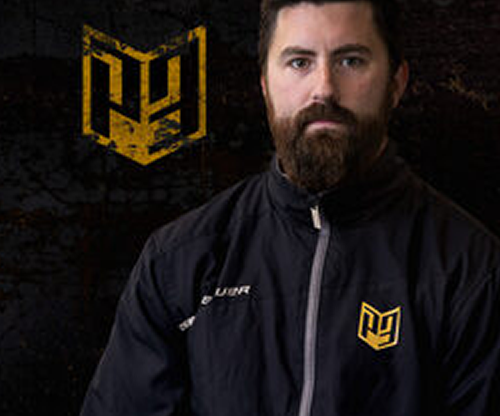 Jesse grew up in Calgary where his playing career took him all over North America. He started in the northwest with the AAA flames and was later recruited to join the Camrose Kodiaks of the AJHL. He earned himself a scholarship to attend Merrimack College (Hockey East). After earning his bachelors degree he went on to play a couple years of professional hockey with stops In the AHL (Hamilton Bulldogs)and ECHL (Reading Royals, San Francisco Bulls and Trenton Titans)
Jesse began his coaching career with precise hockey in 2015 and enjoys helping young athletes get out of their comfort zone and reach their maximum potential.